Our roles in this project included product design, naming, logo design and branding for the file boxes. We developed the name “Theodorus” for the stationery brand of our client, S-TEC Inc. S-TEC uses cutting-edge technology to manufacture aerospace components and other precision parts.

Theodorus was the name of the younger brother of Vincent van Gogh, the most famous and influential painter in the history of Western art. Throughout his life, Vincent was emotionally and financially supported by his brother. There is no doubt that Theodorus held a position of great importance and intimacy to Vincent, as the moon holds to the earth. The role of this product evokes that relationship between Theodorus and Vincent. Sometimes, it supports a business from the shadows; other times, it plays a central part in adding flair to a room.

These innovative file boxes are unlike any other. Their unique shape creates a semicircle when three boxes are lined up, and even the insides are printed with imagery. According to our research, these are the first cardboard file boxes with printing on both sides, and the first that form a semicircle. There are four designs split between two series. The space series, which represents the brand, features the moon and the earth, while the fruit series features a watermelon and an orange. The designs tie into our client’s business in the aerospace industry. We also created a logo for the brand based on the moon in Starry Night, one of Van Gogh’s masterpieces. We wanted the boxes to look like the real thing, inside and out. Numerous minor adjustments to the shape and layout were required to achieve that. The images used are actual photographs. That includes the moon and the earth, which were rendered as 3D models from the flat photographs before use. (The images of the moon and the earth are actual images provided by NASA in the United States. We obtained formal permission for their use.) 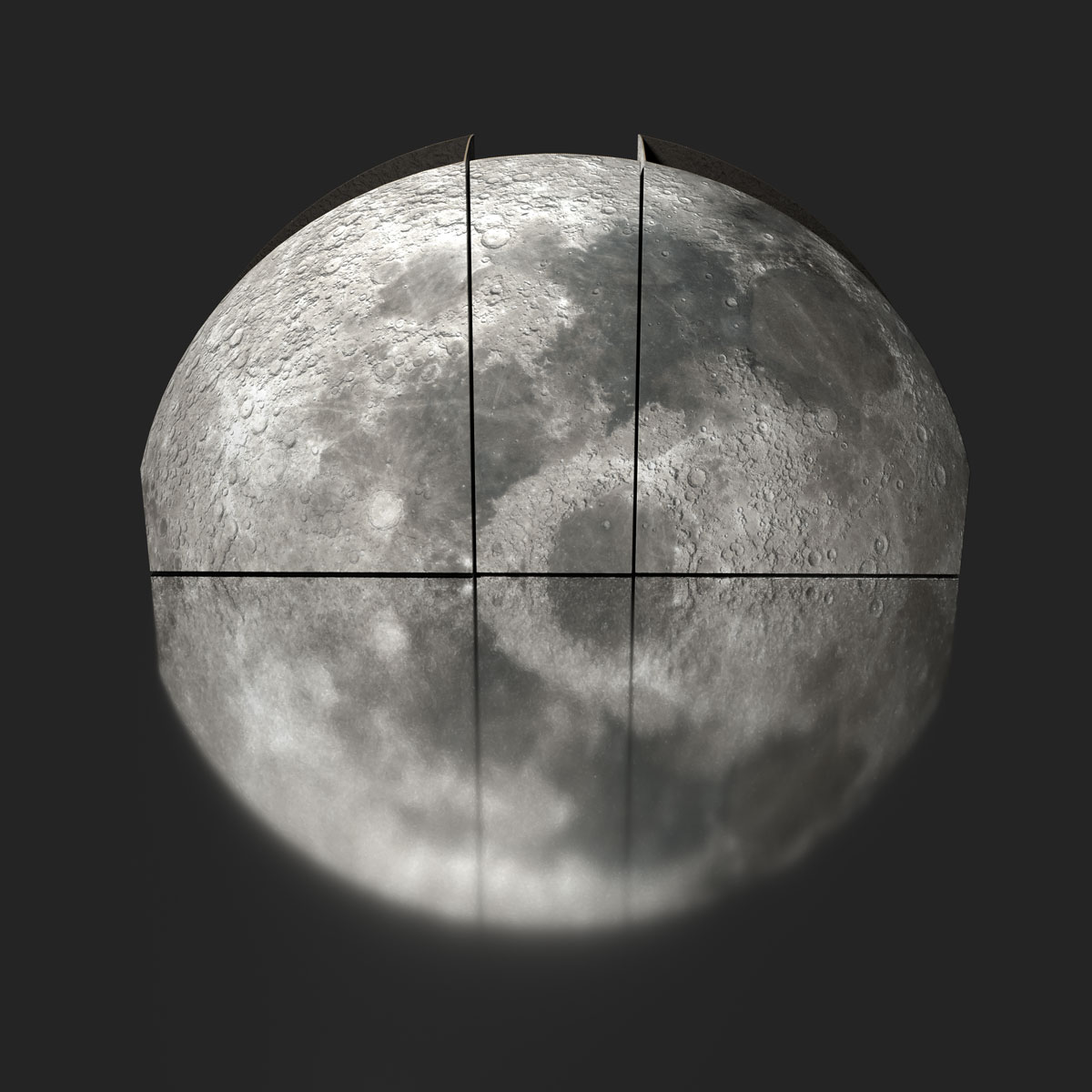 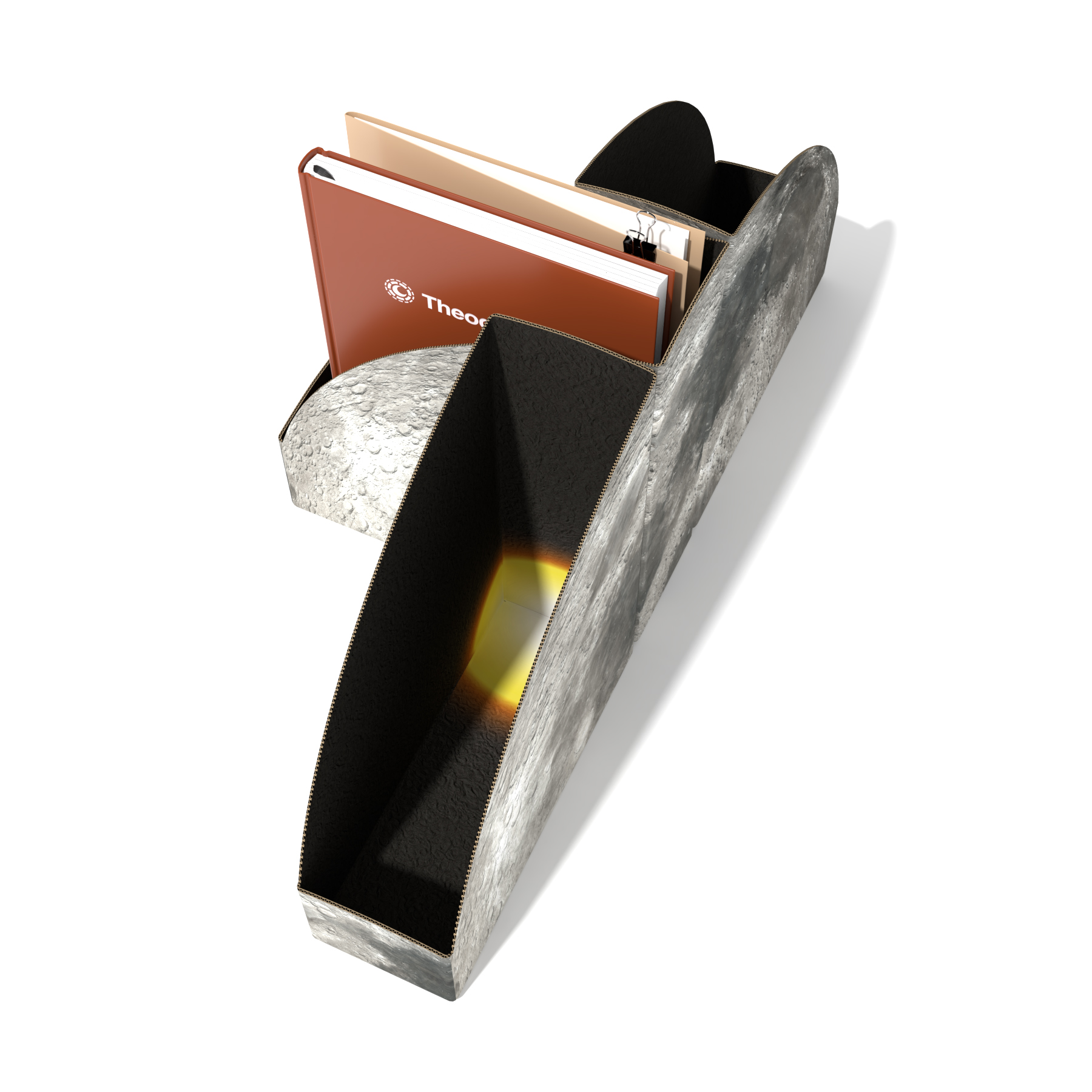 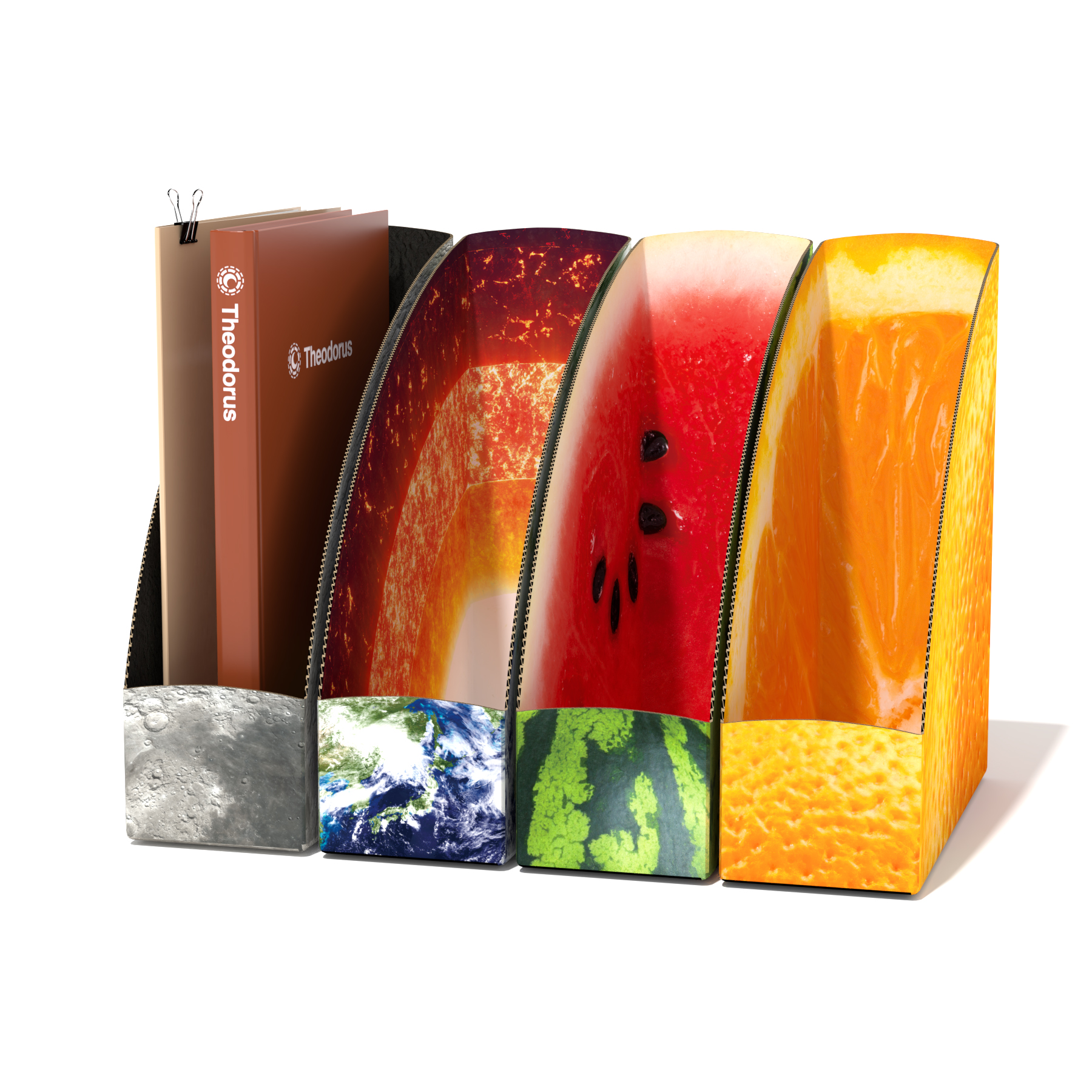 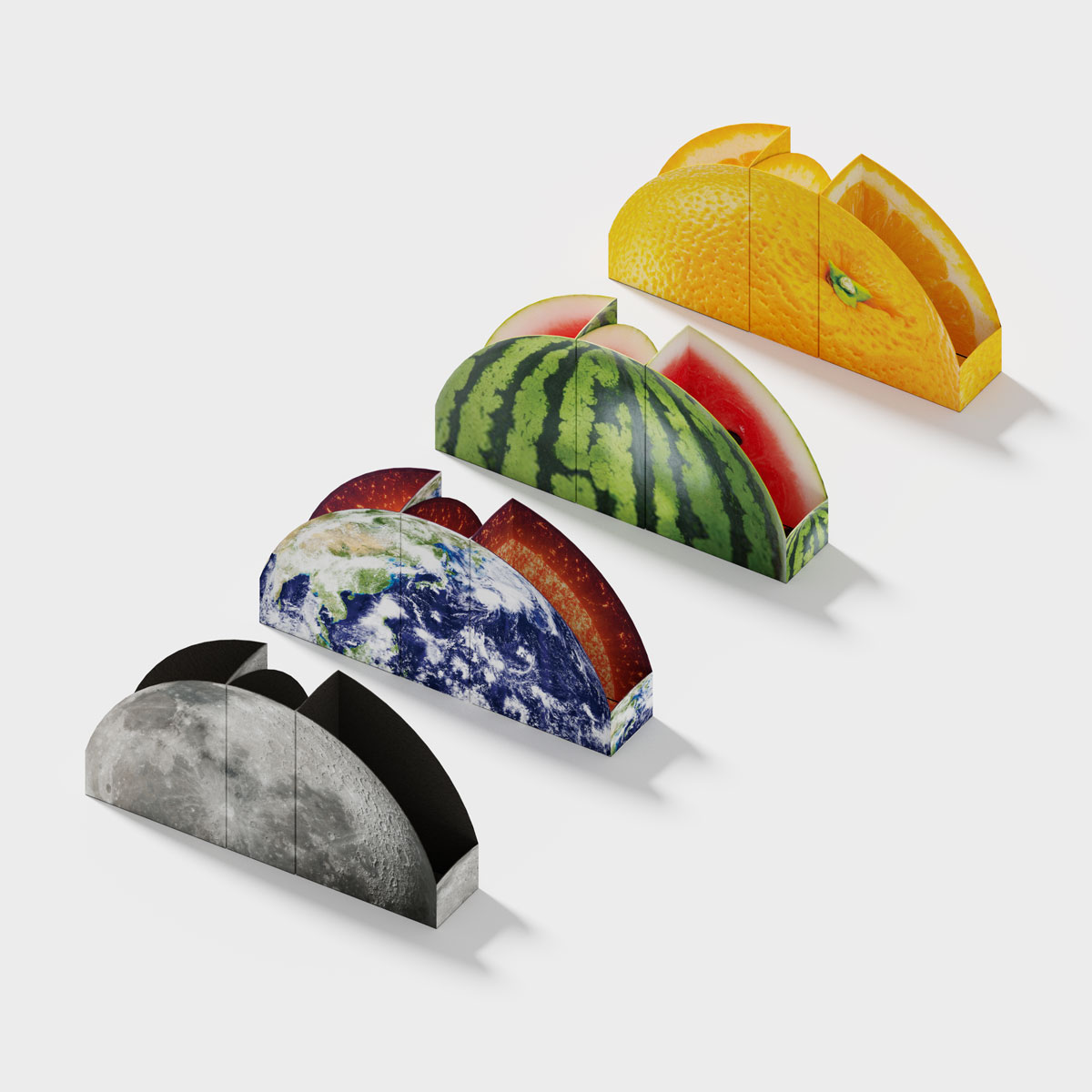